If you’re having debt trouble in Scotland and you fail to repay what you owe, you may have a run in with sheriff officers, officers of the Scottish court whose job it is to enforce court orders and the repayment of debts.

Are sheriff officers legal in Scotland?

Sheriff officers can only act in line with the powers the sheriff court has given them. If they act outside of that power, you should make a complaint.

What are sheriff officers?

Sheriff officers are officers of the Scottish court. They are the rough equivalent of high court and county court bailiffs in England and Wales, although they have fewer powers of enforcement.

While sheriff officers are given powers by the court, they may be operating on behalf of a private sheriff company, a private individual like a solicitor, working for local government or councils, or even operating as a self-employed practitioner.

It’s a sheriff officer’s job to enforce court orders. Depending on your situation, they may be ordered to evict you from your home, collect money owed, or even remove or detain a child who has been neglected or abused.

How does the sheriff court work in Scotland?

There are six ‘sheriffdoms’ in Scotland, each with its own sheriff court and court officers. Below are the various court officers responsible for enforcing court orders and collecting debts in Scotland.

A sheriff principal is a kind of district judge in Scotland. They oversee all legal and administrative responsibilities in a sheriffdom (or district). A sheriff principal hears cases, releases court documents, grants warrants, and dispatches court officers to enforce court orders in relation to debt or other misdemeanors.

A sheriff clerk is a court official who will handle the administrative side of all business related to the sheriff court. This might involve handling evidence presented in court, dealing with official court papers, or processing an active court order.

As previously mentioned, sheriff officers are officers of the court whose job it is to enforce the decisions made at the sheriff court, known as court orders. They are similar to the messengers-at-arms in the court of session – a messenger-at-arms is also a sheriff officer, but one who works on behalf of a higher civil court.

A sheriff officer can’t force entry into your home unless they have a valid court order.

What types of debt do sheriff officers enforce?

Sheriff officers enforce any type of debt that can lead you to be brought before the sheriff court.

Debts that might see a creditor take you to court and seek a court order include:

Remember, sheriff officers don’t actually collect debts, they only enforce active court orders. That means a sheriff might contact you over any unpaid debt that lands you in a sheriff court.

What powers do sheriff officers have?

Because sheriffs deal with enforcing court orders, they have certain powers of the court extended to them.

In order to enforce a court order, a sheriff officer might seek to:

Again, these powers don’t lie with the sheriff officers themselves. Instead, they are acting on the explicit instructions of the sheriff principal and the sheriff court.

Can a sheriff officer enter my home?

If a sheriff officer has been sent to enforce a debt you owe, they may pay a visit to your home as part of their duties.

A sheriff officer can’t force entry into your home unless they have a valid court order. You should make sure they show you the document that gives them the right to enter before allowing them onto your property.

If a sheriff officer has the court’s permission to enter your home but you refuse them entry, they are allowed to use what’s called ‘necessary reasonable force’. This means they can break a window, a lock, or force open a door. If you try to stop them, it’s possible you could be charged with breach of the peace. 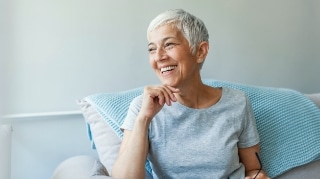 How we helped Paige

Can a sheriff officer seize my property?

Yes. If a sheriff officer arrives at your home to collect a debt, they have the power to seize certain items from you.

These items will usually be non-essential or luxury goods, including:

These items may then be auctioned off. The money raised will be used to repay part, or all, or your outstanding debts to creditors.

Can I complain about a sheriff officer?

If a sheriff officer tries to seize property from someone with a physical or mental disability, for example, or otherwise acts outside their powers, you can send a written complaint to the sheriff office.

If your complaint is valid, the sheriff principal may begin an investigation into an officer’s conduct.

How can I protect myself from sheriff officers?

If you owe money in unpaid debts and you’re worried about a visit from sheriffs officers, below are some steps you can take to protect yourself.

Speak to your creditors

The obvious place to start is to speak to your creditors. They may be chasing you for money you don’t owe or have already paid. Even if you do owe the money in question, any chance of a repayment plan starts with opening up a dialogue.

Set up a repayment plan

By far the most effective way to protect yourself from sheriff officers is to repay your debts to creditors before they seek court action – if you can afford to. You might be surprised how accommodating creditors can be if you reach out and show a willingness to start paying back even a portion of what you owe.

If you’re facing court action over debts you can’t afford to repay, you should seek professional debt advice immediately.

Formal debt solutions like an IVA, Trust Deed, or the Debt Arrangement Scheme (DAS) help you repay unsecured debt at a rate you can afford. They’re managed by licensed debt professionals like Insolvency Practitioners, and might even allow you to write off a percentage of your total debt.

Where can I get advice on dealing with a sheriff officer?

If you owe money to a creditor who has taken you to court and obtained a court order against you, you may receive a visit from a sheriff officer.

Dealing with sheriff officers is extremely stressful, which is where we come in. At Your Debt Expert, our team has years of experience protecting clients from sheriff officers using debt solutions that help you to deal with problem debt.

For advice on how to improve your financial situation and put your debt behind you, speak to one of our friendly advisers today on 0800 082 8086.

Where can I get more advice on Sheriff Officers (Scotland) and other debt solutions?

To discuss your options and get the support you need to deal with your debt today, contact us now on 0800 082 8086 or click the button below to get started
Check if you qualify
Trustpilot

To find out more about managing your money and getting free advice, visit Money Advice Service, independent service set up to help people manage their money.

* A debt write off amount of between 25% and 75% is realistic, however the debt write off amount for each customer differs depending upon their individual financial circumstances and is subject to the approval of their creditors. The example provided of 81% has been achieved by 10% of our customers in the last 12 months.

This website (https://www.yourdebtexpert.com) is in no way approved by the Government. However, the product (IVA) which we specialise in and is processed and managed by our Insolvency practitioners is covered under the following legislation: The Insolvency Act of 1986 (amended by the Insolvency Act 2000 and the Enterprise Act 2002) introduced a new procedure whereby a debtor could come to an arrangement with his/her creditors to pay his/her debts in full or in part over time as an alternative to bankruptcy. Our advisors will be able to go through all your debt options including IVA (Individual Voluntary Arrangement) opportunities which are available for people living in England, Wales and Northern Ireland. Help can only be offered following an initial fact-finding process. For full details view our privacy policy. Your Debt Expert is a trading style of Creditfix Limited. An Individual Voluntary Arrangement (‘IVA’) is subject to the customer meeting qualifying criteria and gaining creditor acceptance. Initial advice is free and there is no obligation to proceed into an arrangement. Monthly IVA payments include fees and may differ to the example provided, based on the assessment made of your personal circumstances. These fees will be clearly explained to you in writing by your advisor. Debt write off amounts are subject to creditor acceptance and vary by individual.
Menu